Jessica currently leads Verizon’s philanthropy and community engagement efforts in Ohio.  Before joining Verizon, she worked in the nonprofit and public sectors, serving on the staff of U.S. Congresswoman Carolyn McCarthy and later in institutional advancement and government advocacy roles for Cleveland-based nonprofits.  During her tenure at the Jewish Federation of Cleveland, Jessica became a recognized leader in external affairs and community relations, later serving as Vice President of External Affairs for a Cleveland-based non-profit technology start-up.

Jessica chairs the Cleveland Heights Planning Commission, and represents Verizon on the Government Affairs Committee of the Greater Akron Chamber of Commerce and the Public Policy and Advocacy Committee of Cleveland Neighborhood Progress. She has served in the past on the United Black Fund, Hispanic Alliance, and Future Heights boards.  Jessica was chosen as one of the 2015 Crain’s Cleveland Business Forty Under 40, a 2019 Cleveland Jewish News Difference Maker, and a 2020 25 Under 35 Mover and Shaker.  She received her undergraduate degree in Government from Harvard University, her Master’s in Public Policy and Administration from Northwestern University, and is currently pursuing her Juris Doctor at Cleveland Marshall College of Law, where she is an associate on the Cleveland State Law Review and a Dean’s Leadership Fellow. Jessica and her husband Eric, a public school teacher, live in Cleveland Heights with their four adorable children. 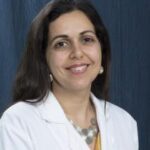 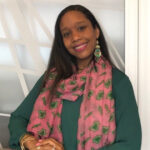