Heather Marie Holmes is a dynamic communicator, connector, and community leader who, since February 2015, has led strategic marketing and public relations at Downtown Cleveland Alliance (DCA). She is a trusted advisor, ensuring that the Downtown economic development organization effectively messages, coordinates and convenes with its partners.

Heather’s efforts have contributed to the success of recent milestones such as Public Square’s restoration, the Republican National Convention, 2019’s Cleveland Tall Ships Festival, and the advocacy of Ohio Historic Preservation Tax Credits. She has also orchestrated promotional and engagement opportunities for partners at signature events such as Downtown Cleveland Restaurant Week, Light up the Lake, SPARX City Hop, Ruth Ratner Miller Award Luncheon, State of Downtown, and Winterfest.

During her tenure, Heather has streamlined and enhanced the content and messaging across DCA’s communications channels. Because of her efforts, the organization’s social following has increased more than 30% and its website is now revered as an information hub for Downtown residents, professionals, visitors, developers, and investors. Most recently Heather and her team introduced the DowntownNow! Virtual Briefings and initiatives such as #VoicesofCLE and the #UniteCLE Recovery Response Fund.

As a graphic designer, she also delivers cutting-edge creative services for DCA. This vision has led to impactful content marketing and brand campaigns where her Emmy and ADDY-award winning videos, custom-crafted logos, collateral design, and brand imagery take center stage.

Recognized as part of the 2020 Crain’s Cleveland Business “40 under 40” class, she currently serves on The Cleveland Museum of Art African American Advisory Board; Open Doors Academy Board of Directors; the U.S. Black Chambers, Inc., Community Economic Development Corporation, Millennial Entrepreneurs Advisory Board; and is a previous Corresponding Secretary for the Cleveland Chapter of The Links, Incorporated. Heather is a member of Alpha Kappa Alpha Sorority, Inc. 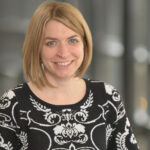 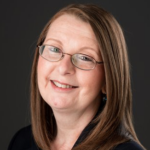