Marianne Crosley has served as President and Chief Executive Officer of the Cleveland Leadership Center since 2010. She leads the civic education, leadership development, and civic engagement organization in its execution of numerous programs to build civic leadership capacity. Previously, she served as the founding Executive Director of Summer on the Cuyahoga, an economic development initiative that attracts young talent to the region. She is passionate about building a pipeline of leaders to forge a successful future for Cleveland.

Crosley graduated from Colgate University and received her J. D. from The Ohio State University Moritz College of Law. She worked as a prosecutor in the Kings County District Attorney’s Office in Brooklyn, New York and rose to be a supervisor in the Homicide Bureau. Crosley is a Trustee Emeritus of Colgate University and recipient of the Maroon Citation and the University’s highest award, The Brian Little Award for Distinguished Service. In 2018 she was recognized as a Crain’s Cleveland Business “Woman of Note” and in 2019 as one of the Notable Women in Nonprofits.  She serves on the Board of Trustees for South Pointe Hospital, United Cerebral Palsy, and Cleveland Playhouse, and on the Board of Visitors for Cuyahoga Community College. She and her husband, Tim Clements, have four grown children and live in Chagrin Falls, Ohio. 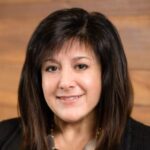 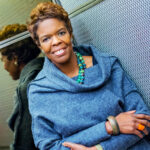