Shirrell is a native of Youngstown, Ohio and a graduate of The Ohio State University where she earned her Bachelor’s and Master’s degrees.  Her varied career in education began at OSU, where she held executive positions in Student and Community Services and Admissions.  After moving to Cleveland in 1998, she continued her service in higher education at Cuyahoga Community College as Director of its pre-collegiate Upward Bound Program.  In a move from higher education to secondary education Shirrell broadened her service in the Chief Academic Office, Office of Professional Development and the Superintendent’s Office of the Cleveland Metropolitan School District, before being appointed to the position of Deputy to the Chief Executive Officer which she held for 10 years. In January 2017,  she was appointed to oversee the newly developed department of Customer Experience.  A member of Delta Sigma Theta Sorority, Inc., Ms. Greene-Joe was recognized by Kaleidoscope Magazine in 2009 as a member of its esteemed 40/40 class. She has served on the Board of Directors of the Ashbury Senior Community Computer Center (ASC3) from 2002-2010, she is currently a College Now mentor, and serves in the capacity of Elder and Administrator of Kingdom Keepers Church, in Beachwood, Ohio. 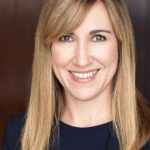