Shelley Roth is President of Pierre’s Ice Cream Company, an 88-year-old regional ice cream manufacturer and distributor. Pierre’s products are sold throughout Ohio, several other states. The company also manufactures private label lines for several local and national retail chains as well as distributes many national brands of ice cream. Since 1932, Pierre’s has remained in the heart of Cleveland, Ohio; with its original, classic recipes as daily reminders of the company’s dedication to quality.

Shelley has been active in numerous community organizations, and supports the revitalization of Cleveland’s neighborhoods in many ways. Over the past 25 years, the company invested in new buildings for its production, distribution and headquarters on an 8-acre brownfield site at E. 65th and Euclid Avenue. These investments have sustained the company’s operation as well as demonstrated Pierre’s commitment and leadership in revitalization and redevelopment of a once blighted urban neighborhood.

Shelley is a graduate of Leadership Cleveland. She serves on the boards of the Rock & Roll Hall of Fame, Cuyahoga Community College Foundation and the International Ice Cream Association. 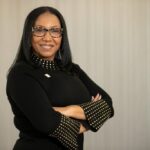 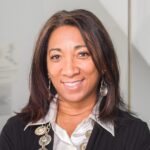